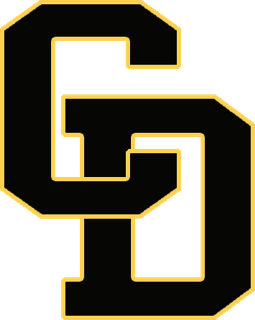 The CDMS boys soccer team opened at home with an 8-1 victory over Rogersville. Follow the link for the full story.

The Chuckey-Doak Middle School Boys Soccer team had their home opener against Rogersville Middle School Monday evening. The Black Knights came away victorious with an impressive 8-1 showing. The first came just 3 minutes into play when Jesus Rojas controlled a loose ball in the penalty area and buried the ball into the back of the net. The second goal of the first half came just 6 minutes later when Ryland Grindstaff found Brayden Collins with a through ball and Collins placed it passed the goalie for the 2-0 lead. The final goal of the first half came in the 27th minute when Collins found Rojas with a cross at the top of the box. Rojas collected the pass and smashed it into the corner for his second goal of the evening making the halftime score 3-0.

In the second half, the knights came out on fire and score two quick goals back-to-back. The first one came when Jonathan Brenes collected the ball in midfield and carried to it to goal where he slotted it passed the keeper. One minute later Rojas completed his hat-trick with an assist from Brenes. In the 41st minute, Rojas got his 4th goal of the of the night by winning the ball in the midfield and carrying coast-to-coast and burying the ball in the corner for the 6-0 lead. Grindstaff got on the board in the 44th minute when he collected a ball in the penalty area off the corner and buried it in the back of the net. The final goal for the Knights came in the 50th minute when Grindstaff took the ball off a defender and blasted a shot passed the keeper for the 8-0 lead. Rogersville got their lone goal in the 58th minute of the game. The Black Knights will be back in action again on Thursday when they host Church Hill Middle.